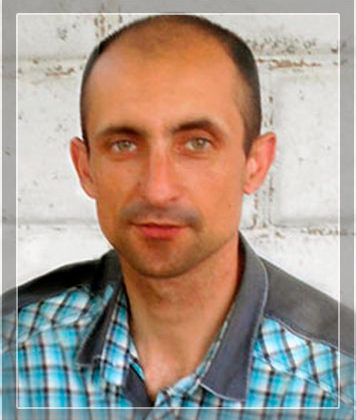 He was born in 1980 in the village of Malynivka (Volodar district, Donetsk region). As a child he moved to the city of Pyatykhatky, Dnipropetrovsk region. In 1998 he graduated from the Five-School Secondary School № 1, after that – Kryvyi Rih State Pedagogical University. He worked as a history teacher in the secondary school of Marianivka village in the Pyatihat district, and later at ATB Market.

Killed on July 18, 2016 at about 3 o'clock in the morning as a result of a mortar shelling of brigade positions in the area of Zaitsevo - Mayorsk near Gorlovka (Donetsk region).
show all text