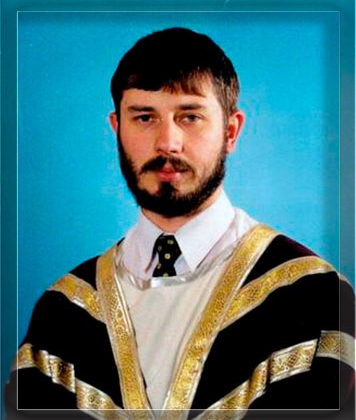 Sergiy Reuta: a man who came to God in uniform and went to Him in them. This is how the dead brother in Christ and the missionary Anatoliy Gavrilyuk, the senior bishop of the Center for Independent Christian Charismatic Churches of Ukraine, recall this. However, in personal communication with the family of the deceased pastor, his friends and members of the church, you understand how deep, strong and Christ was Sergei Reut. How loving and beloved he was. Andriy Kopylash, pastor of Living Word Church, Kyiv, spoke first about Sergius. Andrew spoke thoughtfully, slowly, putting each precious memory of his friend as a puzzle – into the big picture.

<- Пастор Андрій, розкажіть, будь ласка, коли і як ви познайомилися з Сергієм?p style="text-align: justify;">– It was in 1998 during my trip to Lugansk. I came to him at the Living Word Church, which Sergius founded in 1994. Even then, he noted for himself such qualities as honesty, simplicity and sincerity. Such was the wife of Sergius. I still remember climbing the stairs with them to the 13th floor, where Sergey and his family rented a simple apartment. There were no complaints, no claims to life, so to speak. And for me, Sergei was a hero, because he left Kiev, all the amenities and came with a young wife to an unfamiliar city, to strangers. And now, having lived in Lugansk for 20 years, he, in accordance with his personal beliefs, decided to show indifference through participation in the protection of citizens. Prior to repentance, Sergei was a military man of honor and duty, conscience. I think that is why he could not pray for peace and not be one of those people through whom God could bring it to people. In this, it seems to me, and manifests the multifunctionality of the Body of Christ, when one feeds the war victims, one places refugees, one transfers money, and one goes to war. It all depends on each person's personal beliefs.

War is not an excuse for our bad deeds

– Why do you think Sergei could not become just a chaplain? Live with your family, continue to be a pastor and come to serve in the military in parallel?

Man's death is an indicator of his life

– Pastor Andrew, unfortunately, many learned about the servants of Sergiy Reut only after his death. Why do you think?

– You know, he was a very humble person. For all his radicalism, principle, he never asked for anything. I remember asking him with his brothers, they say, Sergey, let's buy you a bertsa or a bulletproof vest. You're in the war! And he – in no way. He says I have everything. Unless you help the guys, they will freeze. Man's death is an indicator of his life. Here is someone born in a rich family, surrounded by love, care, and dying – in loneliness. Do you know how Sergi was buried? As a general. With honor guard, with salute, orchestra. Sergei died of projectile fragments and one of the hottest places of war in Ukraine in the Sands. And for six months while he was serving as a private, he wondered what would happen if he had to choose between his life and the life of an oncoming enemy? I do not know if Sergei answered his own question. I know he was the man whose main weapon was the heart. Good, loving, compassionate. Sergei died a hero. Because he lived as a hero. And when they ask me the question of the place of the Christian in the war, I ask, and where is the place of Christ?

Defenses can be killed

It would seem that after the words of Pastor Andrew Kopilash, there is nothing to add about Sergius. However, we spoke with members of the Church of the Dead, Yuri and Svetlana Liver. They talked to you about it. – He was a capital letter. He could always tell something, listen, escape. The pastor was a great family man. And this is not just about his family, but the whole church. Sergei accommodated everyone. All the children in the church were like his own children;

– What do you think, Yuri, why then did Sergei leave his church and go to defend the city and the country?

– He couldn't have otherwise. When people in Lugansk were beaten, robbed and tortured, we could not stand apart. Of course, the pastor and the whole church prayed. However, the victims were unaware of this. So, even God was not able to protect anyone, they didn't know. That is why Sergey decided to become an active member of the battalion of the Lugansk special purpose patrol service. Show people that they have someone to lean on and that they are not cast. With the pastor 3 more of our boys left the church. They protected us on the front line, we protected them in the rear. I think this should be the church. Alive that responds. At least this understanding of the ministry was taught to us by our pastor, Sergei Reut.

Going to meet with Elena, Sergei's wife, I tried to imagine her. What can be the wife of such a strong man? Perhaps the same radical, principled and at the same time kind and caring? Smiling sweetly, Elena opened the door of her home and immediately invited me to dinner. "Let me please you with fresh meatball soup. After all, you must be tired, ”- endlessly sweet, gentle and smiling. She was and still is. The wife of a man who was ready to go to the edge of the world. Strong wife of a strong man, six months living with a phone in his hands, waiting for a call from a man who is on the front. 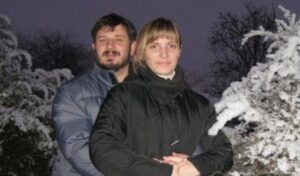 – Helen, how did you feel about your husband's decision to go to war?

– You know, if my husband decided something, it would be irreversible. After all, we became missionaries on the second day after our wedding. So he says, we are going to Lugansk, start a church. And they went. So it has been 20 years … And when the riots began, he saw in what corrupt state the human rights authorities were and how the frightened and bewildered civilians realized that he needed Lugansk. And he and his children told us so much that this is our city, that in these troubled times, people most need it now as a church.

– Has Sergey changed during the last six months while in the war?

– Of course not. And he did not change and gave others. I met soldiers who served with Sergius. Everyone said that if not everyone changed the war, every second servant for the worse. The war changed many, but not Sergius. You see, if he saw the conflict, then he sat down, escaped and did not go until the situation was resolved. Always and in everything Sergei brought to a start. Feels fear – immediately prays. He relied on God. Always. I miss him. We all miss you. We only recently celebrated 20 years of living together, and here … But I regret nothing. Sergei did everything right. Manly, humanly and Christianly. Unbeknownst to our table sat 19-year-old son of Sergius and Helen – Nikita. Cute kid, a future veterinarian, he smiled as modestly and politely as his mom.

– Nikita, why did you learn the most from Dad? Who was he to you?

– Dad (thoughtfully) … Dad was a real man. He was always the head of the house, he decided everything himself. Mom and I were behind him like a stone wall. Any tests he passed steadily, manly. He was not afraid and went ahead. Yes, Dad taught me to be true to my word, vocation, and family. He also taught to love his country. He loved Lugansk and loved Ukraine as a whole and in every Ukrainian individually. Dad taught me to be a man: in my personal life, in my family, in my ministry and in my country. Dad taught me to be a person who takes responsibility for others. By the end of. Take responsibility as Christ originally did.

Killed as a result of shelling
show all text