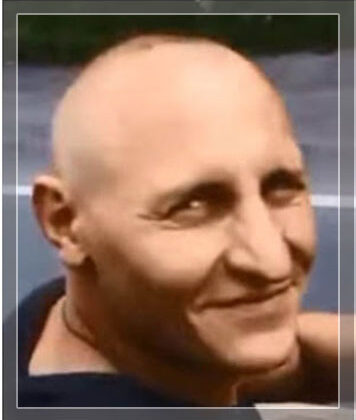 Born Konstantin Prostomolov (call sign "Militia") in Kazakhstan on May 4, 1979. But at the age of 4, his father brought him to Snezhno, since he was born from here. Secondary school # 11, the guy decided to join the Snezhnian Mining College because his uncle and grandfather were miners, then he served in the army in Uzhgorod.

Constantine worked at the Drummer Mine, then at the private mines to keep the family well-to-do. He was very prominent, tall, strong and mobile.

He had many friends, because he always treated people with respect and kindness. Was a reliable support and protection. The smile almost never came off his face.

When fierce fighting took place on June 15, 2014 in the Marinovka area, the crew in which Kostya was fighting deployed the APC toward Dmitrovka, but the enemy shell hit the machine tower where the machine gunner was located. The crew managed to escape, and he, most likely in agony, burning like a torch, continued to shoot towards the enemy on an arbitrarily moving APC until the last minute of his life.
show all text