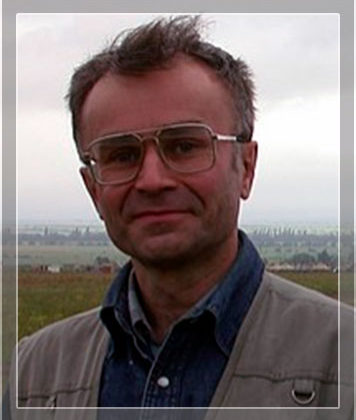 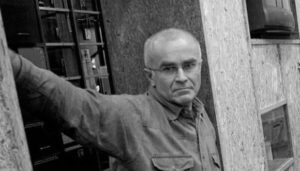 Born into a family of geophysicists, in 1963 he moved with his parents to Izhevsk. From childhood he was fond of history, even interviewed one of the participants in the execution of the royal family. After graduating from school, he got a job as a restorer in the local museum of local lore. Studied restoration techniques in Tartu. He entered the Moscow Art Theater. D. I. Mendeleev, but then dropped out of college and was drafted into the army. He served in the anti-aircraft missile forces. He lived in Moscow since 1980, independently studied Italian.

He participated in the production and distribution of samizdat; in the summer of 1984, he moved to an illegal position in order to hide from surveillance by special services, but was arrested two months later. In 1986 he was convicted by the Supreme Court of Udmurtia on charges of “anti-Soviet agitation and propaganda” (Article 70 of the Criminal Code of the RSFSR) for 4 years in prison and 3 years of exile, but in February 1987 he was released by pardon. After his release, he began working as a journalist and translator, in 1988 he became a member of the Memorial society.

During the first Chechen war, he repeatedly visited Chechnya as a journalist and human rights activist. Mironov took a Chechen girl wounded during an operation in Samashki to Moscow and arranged for her to be operated on. He helped the Gataev family orphanage, helped to receive financial assistance from abroad. On June 3, 2003, Mironov was brutally attacked by a former police officer in his house, having received several injuries and brain damage. The police refused to register his complaint and tried to hide the incident. Vyacheslav Igrunov, at that time a member of the State Duma, sent a letter to the Moscow prosecutor, the district prosecutor in charge of the investigation, and the head of the Moscow police. For its part, the human rights association Frontline Defenders referred the Mironov case to the Prosecutor General of Russia.

On January 6, 2004, the Russian judicial authorities decided not to conduct a criminal investigation on the basis of a police report stating that the injuries Mironov received were very minor, despite all the medical documents submitted by Mironov confirming that the injuries were serious. The acts of intimidation against Mironov continued until on January 11, 2004 he was hospitalized in a neurological clinic in Germany.

Having received medical assistance, Mironov gradually restored his health and resumed his activities as a human rights defender and journalist. In 2008, Mironov was awarded the Pierre Simon Prize in Ethics and Society in France.

On the night of May 25, 2014, under the Slavonic Mironov and Andrea Rockelli were killed by a mortar attack. With them in the car was a French photographer William Rogulen, who was injured.
show all text