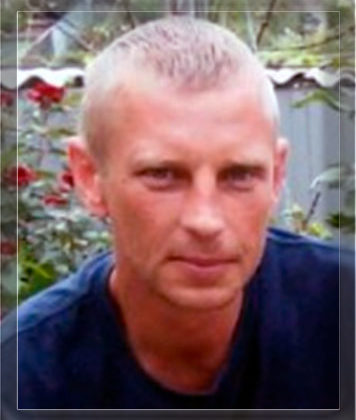 He graduated from the Donetsk Law Institute of the Ministry of Internal Affairs of Ukraine with a degree in Law Enforcement. During his studies, he met his future wife. He served two years in the local police department. However, he was chosen by the Security Service of Ukraine, which he devoted 17 years to his life. He went from operative to deputy chief of the Main Department of Counterintelligence of the SBU Office in Donetsk Oblast, and took up his last position as of 2011, when Alexander Yakimenko became the head of Donetsk UASU. One of his activities was to combat illegal migration.

Engaged in boxing, scuba diving. Candidate for Kickboxing Master of Sports. He played the guitar, the accordion, he had a good voice.

In 2005-2006 Kharaberyush participated in conducting an operative-search event codenamed "Armageddon", co-ordinated by the then Head of Donetsk UASU Petrulevych Oleksandr Mykolayovych and the then Head of the Main Department of Counterintelligence of Donetsk UASUluchy Pelland. Armageddon was aimed at neutralizing separatist movements in the Donetsk region, but due to sabotage by the center, the work was not completed.

Killed on March 31, 2017 at 08:35 am during a combat mission in the Central district of Mariupol (Donetsk region), near the Edelweiss market, as a result of a car explosion.
show all text